The installation of the experimental video work Dissolution Table by Susanna Schoenberg in the concert room of the Italian Cultural Institute in Cologne is part of the art parcours of Dissolution Practices.

The video sequences refer to a situation of exchange and collect gestures of thinking, articulating and appropriating linguistic images, cathegories of thought, perspectives of existence. The working group is connected at a table situation, so that the table (and the cut that a table creates in space and body behavior) becomes the first active formative element of the visual strategy of the work. 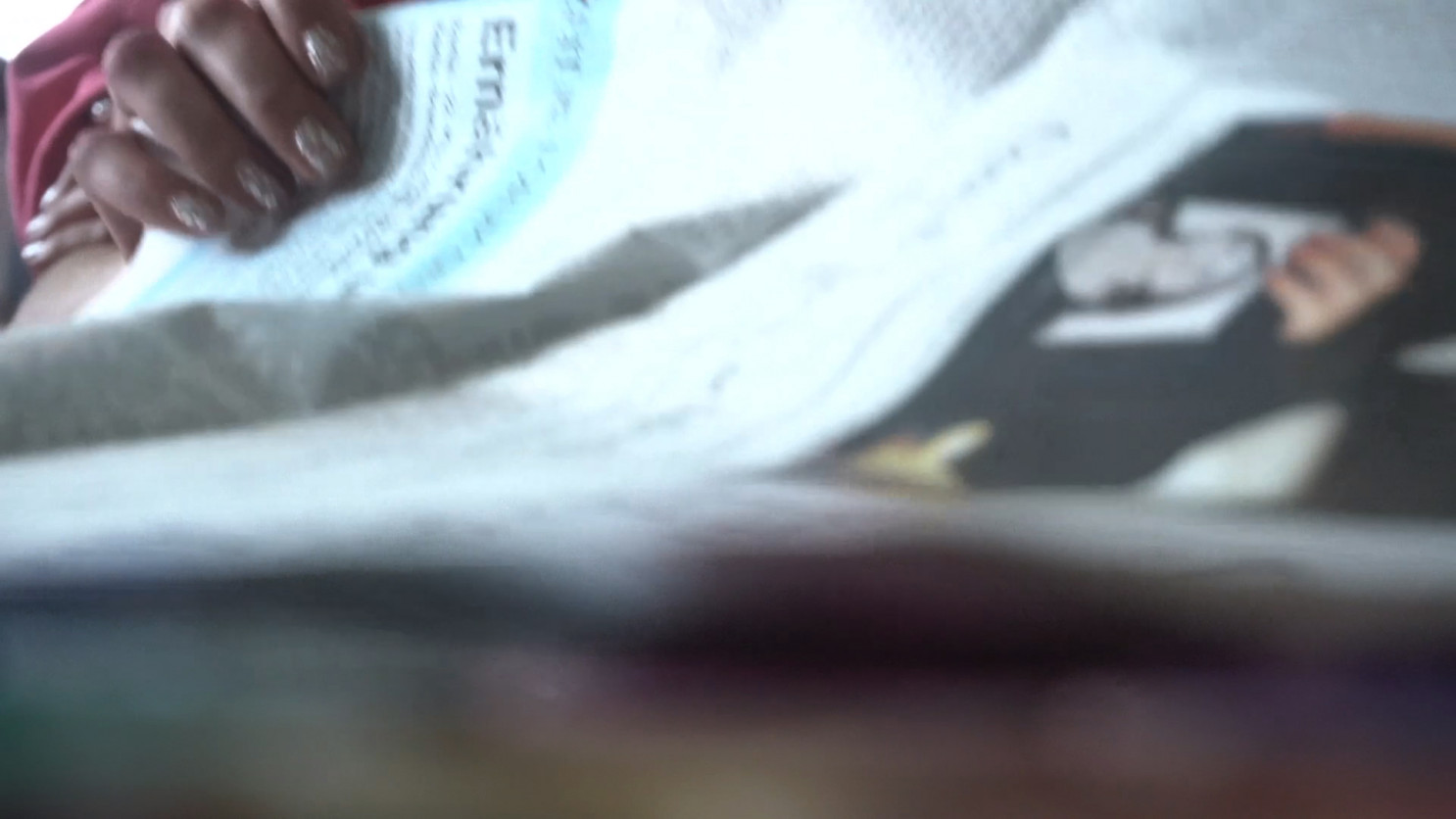 Dissolution Table is presented as a video projection. The footage shows a "conceptual" working situation in which people gather around a table to use materials other than words alone. Of the people involved, the camera recognizes hands, arms, and torsos; on the table are tubes of paint and glue, condoms, and sheets of newspaper.
The task of the exercise is to "dissolve" elements of thought that are not properly autonomous, thoughts that are not one's own. In particular, a newspaper page, which is to be used as a tablecloth, becomes the subject of discussion.

The video work uses documentary material from a queer feminist workshop, from which the collective Rheinische Sektion der Kompostistischen Internationale was founded. The original audio recordings were used to create a new text in which the identities of the participants were "dissolved." Thoughts were corrected, interrupted, reconsidered, and re-recorded in multiple voices.
The presentation of the work as a projection is intended to create a situation of immersion, seeing details, articulating thoughts through repetition and variation. A crucial aspect is the effect of suspension: the material is very dense, then it expands, almost stops. Every 60 minutes the film returns to its starting point.

As part of the exhibition Dissolution Practices, the video installation of Dissolution Table corresponds to the intention of a.r.t.e.s. both kunstfenster and forum to carry out an opening of academic and scientific reality (towards its own urban and neighborhood context). Dissolution Table shows its speculative and intersubjective effort, without making simplifications: It does not facilitate access to thinking, but offers an aesthetic experience of thinking together (with other possible subjects) and thinking in relation (to the phenomena "acting the subject").